The Galaxy A04s is one of Samsung’s most affordable smartphones. However, this 4G model aims to offer a comfortable and seamless user experience.

Samsung’s Galaxy A range includes many smartphones, the best of which are the A5x and even the A7x. At the bottom of the pyramid, the Galaxy A0x aims to offer a more basic experience with fewer compromises.

The Galaxy A04s, the latest iteration in the series, features a 6.5-inch HD+ display underneath, which is an Exynos 850 chip, 3GB of RAM and a storage space contained at 32GB, but fortunately expandable via a microSD card. The smartphone is equipped with a 5000mAh battery and a 50-megapixel primary camera module.

The Galaxy A04s has a 6.5-inch screen, exactly like its predecessor, the Galaxy A03s, from which it borrows its 720 x 1600 pixel definition, HD+. This is its main shortcoming since it translates into a resolution limited to 270 dpi, which can be seen with the naked eye. The panel is pierced by a teardrop-shaped notch and surrounded by visible borders. Still, it gains an option that brings a little modernity: it benefits from a variable refresh rate between 60 and 90 Hz (it can be blocked at 60 Hz if necessary).

This screen improves the performance of the Galaxy A03s. It is a little less bright since our probes did not perceive more than 407 cd/m² (524 cd/m² for the Galaxy A03s), but capable of going much lower, to 4.7 cd/m². It’s a pity, however, that the lack of brightness can’t compensate for its reflectance. The latter is in the average smartphone range and still reaches 47%.

Nevertheless, we appreciate that its contrast is high, at 1822:1, and it’s default calibration is more accurate. We found a colour temperature of 7733 K, which is a little too cold compared to the video standard of 6500 K, but less than that of the Galaxy A03s. Its delta E is contained at 2.9, the colourimetric drifts being sufficiently contained not to jump to the eyes – even if the reds are a little saturated. This is fortunate, as Samsung reserves the customisation options – which often improve the rendering of its smartphone screens – for more expensive models.

Finally, we note an 18 ms afterglow and an 85 ms touch delay. The Galaxy A04s’ display is far from demeriting for its price category.

The choice of an Exynos 850, an 8nm chip with eight cores and 3GB of RAM, means modest performance. However, the smartphone is pleasant to use, thanks in particular to a Mali-G52 that is quite efficient in graphics performance. Although it’s not a warrior, the device displayed between 22 and 32 frames per second during our test sessions, for an average flirting with 29 fps. This is nothing to get excited about, but it’s a far cry from the 10fps that the Galaxy A03s can produce at best. We were able to play small games comfortably during our test period.

Still, compared to the Galaxy A03s, the Galaxy A04s benefits from an exciting change in the field of photography. While its predecessor had a 13-megapixel primary sensor with a wide-angle lens opening at f/2.2, its heir is now 50 megapixels and has an f/1.8 lens. Like its predecessor’s module, it is flanked by two 2-megapixel sensors for macro and depth measurement, which could be more usable as is. As a preamble, the A04s uses pixel-binning to deliver 12.5-megapixel images lighter on its 32GB internal storage.

Compared to Xiaomi’s Redmi Note 11, the results delivered by the Galaxy A04s when the light is right are far from catastrophic, at least when considering the image as a whole. Some distortion is visible in the corners but retains a certain sharpness. In the centre of the image, the colours are vivid, perhaps a little too much, and the processing gives pride of place to the accentuation, particularly marked at the level of the cartography. On the other hand, the contours of small elements pose difficulties for the smartphone, which struggles, for example, to render the coloured balls in our test pattern.

The Galaxy A04s offers a portrait mode, which is only sometimes the case with entry-level smartphones. The bokeh effect is customisable thanks to a gauge, and it can be modified afterwards. This is an excellent point that allows you to attenuate an unnatural blur if necessary, especially as the smartphone sometimes struggles to distinguish the different planes of the image. Let’s add that the camera can capture 5-megapixel selfies, with a portrait mode as well, but conceding a significant smoothing and lack of sharpness. Finally, both the back and the front of the phone can shoot full HD video at 30 fps without stabilisation, which is good enough to make decent videos, especially when the light is good.

Entry-level smartphone has standard features since it has a display that can be improved. Its 90 Hz refresh rate is appreciated. It can run traditional games in good condition and offers good battery life. In short, it allows those who the Samsung brand reassures to access it at a lower cost, at the price of some multimedia compromises. 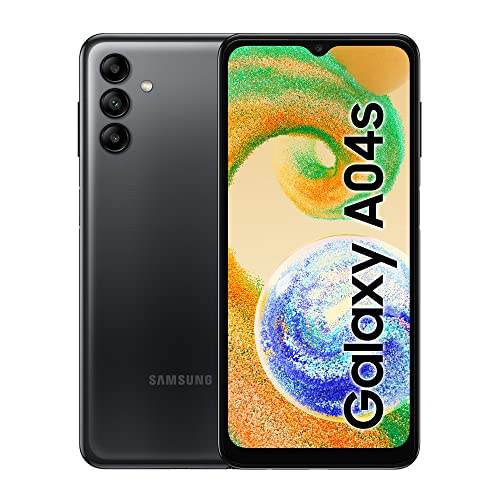