To accompany its 12T Pro version, Xiaomi has released a 12T version. A more conventional model, but one that still manages to stand out, thanks in particular to its photo section and the performance of its MediaTek processor.

Xiaomi’s flagships never come out alone. Alongside the 12T Pro version already tested by us, the Chinese company delivers a 12T model. Far from being a cheap variant, it is a different and more conventional proposition, with a 108-megapixel main camera camera and a MediaTek SoC.

Aesthetically, nothing differentiates the Xiaomi 12T from the Xiaomi 12T Pro, either from the front or the back. The phone’s weight is relatively close – only 3g separates them.

Like its Pro counterpart, the Xiaomi 12T features a 6.67-inch AMOLED panel with a 120Hz refresh rate. It is HDR10+ compatible but loses the Dolby Vision certification that its brother enjoys.

In terms of calibration, both smartphones are set up the same way. As usual with Xiaomi, you’ll have to turn to the so-called “Original Colour” mode to get the best possible display. The colour temperature is over 6700 Kelvin (compared to 6300 K on the 12T Pro), and the Delta E is 1.1 (compared to 1.5 on the Pro). Even the maximum brightness is similar. We found a peak at 913 cd/m² and a minimum at 1.9 cd/m². On the other hand, the reflectance of the 12T is 5% lower (37%) than that of the 12T Pro. These values are satisfactory.

Thanks to the Oled technology, the contrast ratio is almost infinite, and there is no touch delay. The remanence time was measured at only 58 ms.

Unlike the 12T Pro, Xiaomi did not choose Qualcomm for its 12T. Instead, a MediaTek Dimensity 8100-Ultra processor was used instead of the Snapdragon 8+ Gen 1, a chip that is derived from the Dimensity 8100 and has therefore been boosted by Xiaomi.

And it was well done to it because the SoC works wonders. At ease in multitasking situations, it never cringes when heavy power is requested. This is very good, as the chip does not heat up more than necessary, even when playing games. In this respect, it stands up to the best mobiles. We found an average of 117 fps, which is very high. At its peak, it goes up to 125 fps, and at its lowest, it only drops to 92 fps. An actual gaming machine that won’t succumb to the power demands of the most demanding games.

The “classic” version of the 12T swaps the 200-megapixel main photo sensor of the 12T Pro for a more conventional 108-megapixel camera. And Xiaomi has done the right thing, as this sensor allows it to capture better-quality shots. In addition to the main module, there is an 8-megapixel ultra-wide-angle camera and a 2-megapixel macro camera. These sensors are identical to those of the Pro model.

The smartphone has a 20-megapixel camera with an f/2.2 lens on the front. This is an excellent front-facing camera, but it smooths out features and offers too much exposure. In portrait mode, the crop is too strong, but the software successfully cuts out a subject from the background. Fortunately, correcting the background blur after the capture is possible to get a softer result.

The Xiaomi 12T has the same battery as the 12T Pro, but the battery life is not the same. This model loses 1h 30 min compared to the top-of-the-range model. According to our test protocol using SmartViser, it lasts for 15 hours and 19 minutes. However, this is still a decent time, although you will have to pay attention to its use during the day.

For recharging, it benefits from a 120W block that allows it to recover its full battery life in 30 minutes. That’s more than the 19 minutes indicated by the manufacturer, but it’s still swift.

The 12T is more powerful and slightly more efficient in photography, making it a logical choice compared to its Pro variant. However, we regret the lack of IP53 certification, which is present on the higher-end model, and the slight loss in battery life. But overall, the 12T has nothing to fear from the 12T Pro and can be a good alternative. 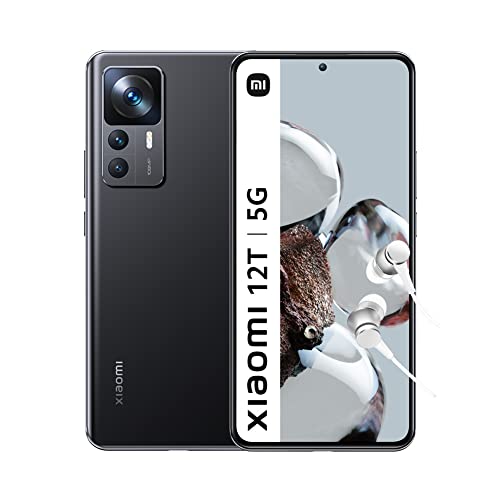 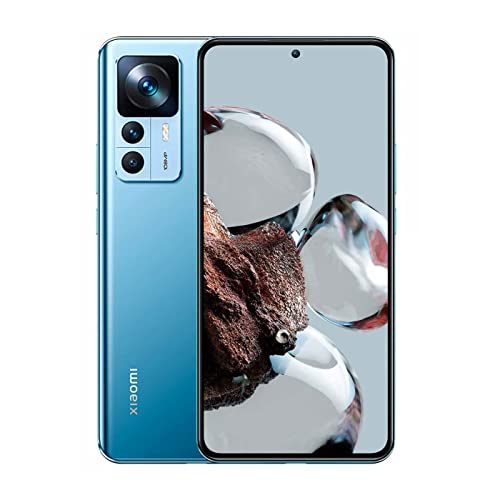